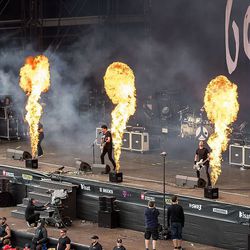 Gojira were created by brothers Duplantier, Joe (vocals, guitar) and Mario (drums, e.t.c.), along with Christian Andreu (lead guitar) and Alexandre Cornillon (bass), in Bayonne, France. They started in 1996 as Godzilla, while Jean-Michel Labadie took Cornillon’s place in 1998. After a few demos and their first live performances, they changed their name to Gojira in 2001. Their sound is technical death metal, with elements of progressive and groove metal.

Gojira’s first album was “Terra Incognita” which came out in March of 2001 and was followed by “The Link”, two years later. In 2004, a live DVD named “The Link Alive” became available and during the next year, the group made a contract with a bigger label company, specialized in death metal. The album “From Mars to Sirius” managed to enter at the French album charts in 2005, while Gojira took part in various tours next to bigger bands, as supporting act. Their fourth album “The Way of All Flesh” reached no. 28 on the French charts and entered at both UK and USA album charts in 2008. They followed a North American tour for the first time as headliners and a few months later they supported Metallica.

After their participation in a benefit EP, Gojira recorded their next album which came out in the summer of 2012, under the name “L'Enfant Sauvage”. It peaked at no. 7 on the French charts which is the group’s highest position until today, while it reached no. 34 on the US Billboard 200. In 2015 Gojira began dealing with their sixth album and established their own studio in New York City. “Magma” came out in the summer of 2016, peaking at no. 10 on the album charts in France, no. 4 in Switzerland and no. 24 in the USA and UK. The success of the album brought to the group two Grammy nominations, while in the summer of 2017 Gojira followed again Metallica to their “WorldWired Tour”. 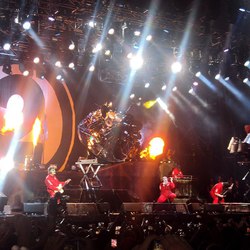 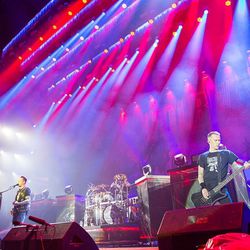 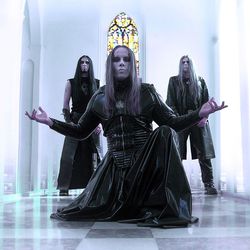