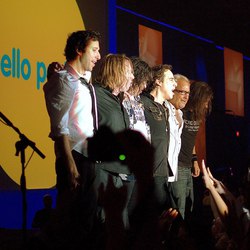 Foreigner started, when Mick Jones along with Al Greenwood (keyboards), met Ian McDonald after he had left King Crimson (multi-instrumentalist) and along with Dennis Elliott (drums), Lou Gramm (lead vocals) and Ed Gagliardi (bass guitar) formed a new line-up in 1976, in New York City. In the beginning, the band used the name "Trigger" during their first demo, but later they changed it to "Foreigner", due to the member's two different nationalities.

The band recorded their homonymous album that came out in early 1977 and became a commercial success, including the hits "Feels Like the First Time" and "Cold as Ice". It became gold while the band had started performing in various venues and took part in the "California Jam II" festival. The next album, "Double Vision", was more successful and contained the top 5 hits, "Hot Blooded" and Double Vision". It became seven times platinum, while their third, 1979's "Head Games", contained the synonymous hit and "Dirty White Boy". It became five times platinum later, like the band's debut and it was the album in which Rick Wills took Gagliardi's place.

Because of Jones's willingness to deal more with the band's music style and due to different approaches for the band's future direction among him, Greenwood and McDonald, the last two were fired in 1980. Their next album, "4", came out in 1981. The album became successful around the world topping the album charts, with the hits "Waiting for a Girl Like You" and "Urgent" to separate. It was followed by also successful "Agent Provocateur", that contained the hit "I Want to Know What Love Is" which became no.1 in both the UK and the USA.

In the following years, the band released four more studio albums, toured and performed live in many fests and music events around the world. In the meantime, Gramm has left the band three times, with his last appearances to be during 2017 and late 2018 for some shows, including the band's celebration for their 40th anniversary, in July of 2017. Several changes have been made to the band's formation and apart from Mick Jones, there is no other original member to the present line-up. 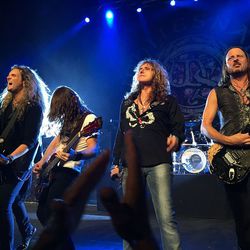 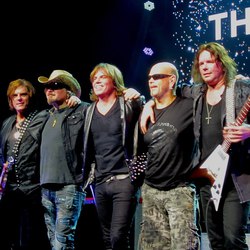