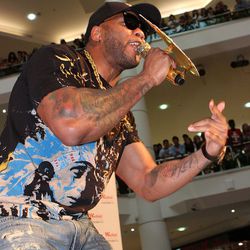 Flo Rida was born in Miami Gardens, Florida, in 1979 (specifically in Carol City). His real name is Tramar Lacel Dillard and he became a member of a small rap group when he was nine. He met hip hop artist Fresh Kid Ice and followed him in a lot of shows, participating also with his group in one of his albums. After Flo Rida finished high school, he worked in various jobs and continued his studies until 2000 when he made his first contract.

He began working with rappers like T-Pain, Rick Ross and others, while he appeared in some of their songs. His first album “Mail on Sunday” came out in 2008 and reached the fourth position on the US album charts. It contained collaborations with great artists and among its hits was the song “Low” with T-Pain, which topped the American charts. The song became eight times platinum and Flo Rida appeared as a guest in many songs by famous artists such as Madonna, Michelle Williams, DJ Khaled and many others. His second album “R.O.O.T.S.” came out in the Spring of 2009, peaking at no. 8 on the Billboard 200. Its most successful songs were “Right Round”, a collaboration with Kesha which reached the top of the charts and “Sugar” with Wynter Gordon, which peaked at no. 5 in the USA.

Flo Rida continued the guest appearances in a lot of songs, while his next album “Only One Flo (Part 1)” came out in November of 2010. It contained the song “Club Can't Handle Me” with David Guetta which reached no. 9 on the Billboard Hot 100, although the album wasn’t very successful. It was followed by 2012’s “Wild Ones” which peaked at no. 14 on the US album charts, including three songs that entered at the top five of the American charts. “Whistle” which topped the Billboard, the synonymous song featuring Sia and “Good Feeling”. Flo Rida followed a series of live appearances, while he cooperated with various artists. He released the EP “My House” in 2015, with the song with the same name, along with G.D.F.R. to separate.

In the following years, Flo Rida continued writing music and his fifth studio album is expected in 2019. 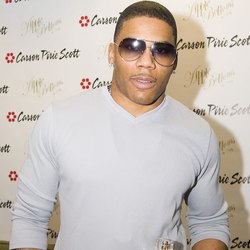 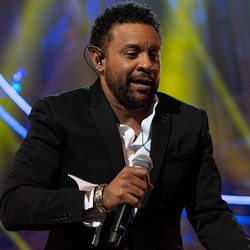 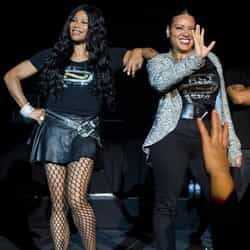 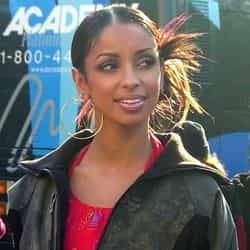