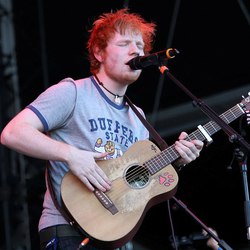 Ed Sheeran's first steps in music started when he was four and used to sing in a church while he was attending guitar lessons. His full name is Edward Christopher Sheeran and he was born in Halifax, West Yorkshire in 1991. He studied in National Youth Theatre and joined British Youth Music Theatre.

In 2005, he self-released his first album, under the name "Spinning Man". He went to London in 2008, where he used to play in several venues, he recorded one more EP and he collaborated with a few other musicians. He also toured along with Just Jack and in 2010 followed artist Example. His first single "The A Team" was included in his next EP, "You Need Me", in 2009. He continued his music studies, while he performed live in radio stations, he released a few more EPs, with "No. 5 Collaborations Project" to separate.

After having made a contract, he released his first studio album " ", in September of 2011. "The A Team" that was also included in the album, reached third place on the UK charts and entered at the top 10 in eight more countries, as well as did 3 more singles in the UK. The album has become six times platinum by the BPI Limited and entered the top five in five countries, including U.S.A., Australia and Canada.

Sheeran won the "Best British Male Solo Artist" award at the 32nd Brit Awards, he continued touring with other artists such as Taylor Swift, he co-wrote songs for One Direction including the top hit "Little Things", he performed in various live shows and he wrote "I See Fire" that was included in the soundtrack of the movie "The Hobbit: The Desolation of Smaug".

His second album "x", came out in the summer of 2014. The album topped the US and UK charts and contained no. 1 hit "Thinking Out Loud", while Sheeran won two more BRIT Awards. A lot of great live concerts followed and in 2016, he won also two Grammy Awards, one for "Best Pop Solo Performance" and another one for "Song of the Year", both for Thinking Out Loud.

Sheeran took a break for almost a year and in 2017 he released "÷". The album entered at no. 1 in many countries, becoming one of the most fast-selling in the history of UK charts. It contains the top hits "Shape of You" and "Castle on the Hill". The following years, Sheeran toured in Europe, North and South America, Australia and New Zealand, while he released two more successful singles, the song "Perfect Duet", an acoustic version of "Perfect" with Beyoncé, he collaborated with Eminem and he won several music awards. 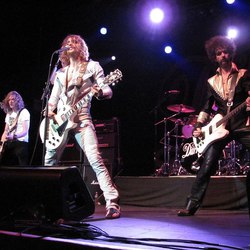