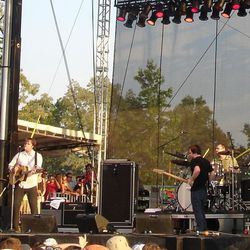 Death Cab for Cutie were created by Ben Gibbart in 1997, when he decided to form a band, after a successful demo from his solo career. Guitarist Chris Walla, bass player Nick Harmer and Nathan Good joined Gibbart in Bellingham, Washington. Their first album came out in the summer of 1998, under the name "Something About Airplanes".

While the band was recording the second album, "We Have the Facts and We're Voting Yes", Good left the band. Tolzdorf-Larson helped them to finish the album, that came out in 2000. Drummer Michael Schorr took Larson's place later and their next album, "The Photo Album", came out in October of 2001. Almost 2 years later, Schorr was replaced by Jason McGerr and the band continued with the album "Transatlanticism" in 2003, which made them more popular, while two of its songs ("The Sound of Settling" and "Title and Registration") were used to movies and TV-shows.

After the success of "Transatlanticism" the band signed with Atlantic Records and less than one year later, in August of 2005, the album "Plans" came out. It became platinum later, with the songs "Soul Meets Body", "I Will Follow You into the Dark" and "Crooked Teeth" to separate. They released a live music DVD and a video album while they continued their live appearances.

The next album "Narrow Stairs", that came out in 2008, topped the US charts and contained the hit "I Will Possess Your Heart". One more EP and two new movie songs followed, until the release of "Codes and Keys" in 2011. After the band's tour around the world, a live album came out in 2014 and before the release of their eighth album, Walla announced his departure from the band. "Kintsugi", which took its name from Japanese art, gained later a nomination for "Best Rock Album", at the Grammy Awards of 2016

With guitarist Dave Depper as a new member, the band recorded their next album "Thank You for Today", that came out in 2018. It reached the first place on the rock charts and included the song "Gold Rush". 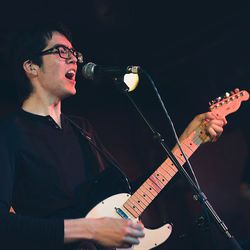