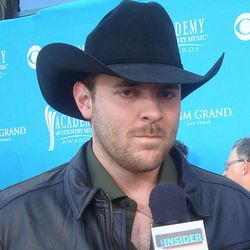 Chris Young was born in 1985, in Murfreesboro, Tennessee. His first steps in music were in high school and later in college, making over 100 live appearances each year. His full name is Christopher Alan Young and while he was singing in Arlington, he took part in "Nashville Star" in Houston, he won the contest in 2006 and made his first music contract. His homonym album came out at the same year, with the song "Drinkin' Me Lonely" to separate.

Young performed at the CMA Music Festival in 2008, promoting the song "Voices" that entered at the US charts, among the first forty songs. His second album name "The Man I Want to Be", came out in 2009, including two covers and the song "Gettin' You Home (The Black Dress Song)", which became Young's first no. 1 single, along with the second release of "Voice" and the homonym song from the album.

After being nominated for a Grammy, he released his third album "Neon" in 2011, including "Tomorrow" and "You" that both topped the charts. The next album was "A.M." and came out in 2013. It contained the hits "Aw Naw", "Who I Am with You" and "Lonely Eyes", that all entered at the top 5 of the weekly country charts. It was followed by 2015's "I'm Comin' Over", with the homonymous single becoming no. 1 country hit, as well as the song "Cassadee Pope". It contains also the duet with Vince Gill in "Sober Saturday Night".

After "It Must Be Christmas" that came out in October of 2016, Young released his seventh album "Losing Sleep", in 2017 and a few days later he joined the Grand Ole Opry as a member.