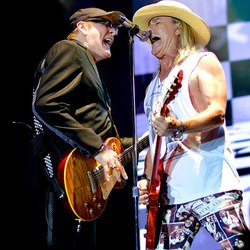 The new line-up began performing in the American Midwest and after Trick made their first contract in 1976, they recorded their homonymous debut album which came out in February of 1977. It was followed by “In Color” a few months later and managed to reach no. 73 on the US album charts. 1978’s “Heaven Tonight” included the song “Surrender” which entered at the American charts along with Nielsen’s “Dream Police” that peaked at no. 26 on the Billboard Hot 100. Cheap Trick had become very famous in Japan, where they toured and recorded a live album, that became three times platinum later. It contained the live version of "I Want You to Want Me" which became number one in Japan and entered at no. 7 in the US charts.

Cheap Trick’s next album “Dream Police” is the group’s most successful until nowadays. It peaked at the sixth position in the US album charts, including the synonymous hit, along with the song “Voices”. Petersson left the band in order to record a personal album just before the release of their fifth album “All Shook Up” in 1980 and after a short pass of bassist Pete Comita, Jon Brant finally became the new member in 1981. With this formation, Cheap Trick released four albums until 1986, with songs like “If You Want My Love” and “Tonight It's You” to separate. Petersson returned in 1987 (Brant joined the band again in a few times especially during the 2000s) and until 2017 the group has released another ten studio albums, including 2017’s “Christmas Christmas”. 1988’s “Lap of Luxury” is one of their best albums, which contained the number one ballad “The Flame”. 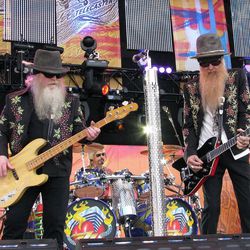