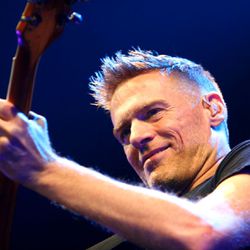 Bryan Adams was born in Kingston, Ontario, in 1959, from English parents who went to Canada after leaving Plymouth. He grew up in Ottawa and in 1974 he and his family went to live in North Vancouver. He started his music career in 1976 as Sweeney Todd's singer, a small band which released the Canadian hit "Roxy Roller". Adams, along with the drummer Jim Vallance started a cooperation in 1978 that lasts till nowadays. After some demos, Adams recorded his first songs while his first album came out in 1980. "Bryan Adams" became gold in Canada, almost six years later.

"You Want It You Got It", Adam's second album was released in 1981, with the song "Lonely Nights" becoming no. 3 on the US Mainstream Rock Tracks chart. The album that made him famous worldwide was the 1983's "Cuts Like a Knife", including the hits "Straight from the Heart", "This Time" and the synonymous song. It became platinum in the USA and three times platinum in Canada. The next album, "Reckless", came out in 1984 and reached the top of the US charts, including a duet with Tina Turner and hits such as "Summer of '69", "Run to You" and "Heaven". All these 3 songs entered also at the Top 10 of the chart in the USA, with "Heaven" becoming no. 1. Several awards followed, including a nomination for "Best Male Rock Performance", while "Reckless" became five times platinum in the USA.

After a lot of tours, cooperations and various projects, Adams released his fifth album, "Into the Fire", in 1987, which contained the hits "Hearts on Fire" and "Heat of the Night". The next album, "Waking Up the Neighbours", came out in 1991 and became no. 1 in the UK and Germany. The single for the film "Robin Hood: Prince of Thieves", under the name "Everything I Do) I Do It for You", reached the top on the UK charts, while the song "Can't Stop This Thing We Started" entered at no. 2 in the USA. After several tours and festivals, in 1993, Adams, Sting and Rod Stewart released "All for Love", which reached the top on charts all over the world and it was also included in the film's "Three Musketeers" soundtrack.

A collection album with the name "So Far So Good" was released in November 1993, which contained the top hits "Please Forgive Me" and "Have You Ever Really Loved a Woman", for the "Don Juan DeMarco" soundtrack. Adam's seventh album, "18 till I Die", came out in 1996. Apart from "Have You Ever Really Loved a Woman", the album included the hits "The Only Thing That Looks Good on Me" and "Let's Make a Night to Remember" that entered the top ten on the UK charts.

Adams recorded another six albums, including many successful songs like "Cloud Number Nine", "When You're Gone", "Open Road" and others. He cooperated with various artists, dialed with several projects, while he even provided his voice for animated characters e.t.c. 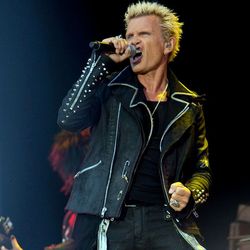