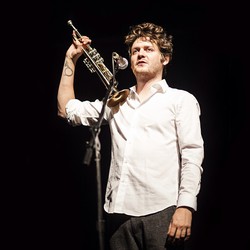 Beirut were formed by Zach Condon in Santa Fe, New Mexico, in 2006. Firstly, it was a solo project by Condon, a talented musician and trumpet player, who was born in Albuquerque, traveled in Europe and returned to New Mexico for studies. Beirut's work is characterized by Balkan and indie folk genres, with also a lot of baroque pop, indie pop and other elements.

When Condon finished his first album "Gulag Orkestar", with the help of Jeremy Barnes and Heather Trost, he released it in 2006 and one year later after their first live events, they released the first EP, "Lon Gisland". The album "The Flying Club Cup" was their next work and came out in October 2007. After the band's tour in the USA, Condon cancelled the band's European tour, on the pretext that he was tired and he didn't want this to affect their live shows.

In 2009, the band released "March of the Zapotec/Holland EP" and almost 2.5 years later, their third album "The Rip Tide" came out. The album, for which the band recorded all its songs together, in addition with the previous, reached at no. 80 on the Billboard 200 chart, with good critics. In September of 2015, Beirut released the next album, under the name "No No No". During the recording, Gondon was hospitalized due to a tiresome tour, while he broke up with his wife.

The band's fifth album, "Gallipoli", came out in February of 2019, taking its name from the homonymous town in Italy. Beirut, apart from Zach Condon, consists of various musicians who changed from time to time. They took their name from the known Lebanese city, which visited when they took part in the Byblos International Festival, in 2014.