The band’s first homonymous album came out in the summer of 1974, reaching the third place on the UK album charts and becoming no. 1 in the USA. It contained the hit “Can’t Get Enough” and became five times platinum in the USA. It was followed by the also successful “Straight Shooter” that came out next year and reached the third place on both UK and US album charts. The album became three times platinum in the USA, with the song “Feel Like Makin' Love” to separate.

The last record that entered at the top five of the UK charts was the next album which came out in the beginning of 1976, under the name “Run with the Pack” and reached also the fifth position on the US charts. Bad Company released another two albums until 1979, with the most successful to be “Desolation Angels” which contained the song “Rock 'n' Roll Fantasy”. They returned to studio almost three years later and their sixth album “Rough Diamonds” came out in August of 1982, peaking at no. 15 on the UK charts.

After that period, the group dissolved and returned in 1986 with Brian Howe as lead singer and Steve Price as the bassist, since Burrell didn’t stay although he joined the formation for a short time. This line-up released two studio albums until 1988 and another two with the help of Felix Krish on bass, until 1992. After Howe’s departure, the remaining two members recruited Robert Hart as lead singer, along with Dave “Bucket” Colwell and Rick Wills and they recorded their last two studio albums, in 1995 and 1996.

Rodgers returned in 1998 and from that year, Bad Company continued touring and performing live in many places, while they have released five live and four compilation albums until 2018. Nowadays, the hard rock band’s two original members remain Rodgers and Kirke. 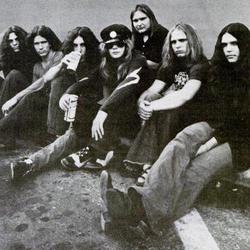