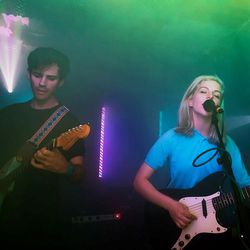 Alvvays were created in Charlottetown, Prince Edward Island, in 2011. Vocalist and rhythm guitarist Molly Rankin, whose father was a member of the Canadian musical family group The Rankin Family, along with his friend Kerri MacLellan (keyboards) were joined by Alec O’Hanley (lead guitar), Brian Murphy (bass) and Phil Maclsaac (drums).

The group went to Toronto and began touring next to bigger bands, while they were working at the same time. They started recording their first album, with the help of Graham Walsh from the electronica band “Holy Fuck” and American producer John Agnello in 2013. After they made their first contract, the homonymous album came out in the summer of 2014 and entered at the Top Heatseekers Albums charts in the USA, peaking at no. 12. Alvvays went to a tour in order to promote the album, including appearances in fests like Coachella e.t.c.

The group began recording their second album in 2015 and they used to perform some of their upcoming songs in several live events. “Antisocialites” came out in September of 2017 and peaked at no. 36 on the Canadian charts, while it entered at no. 9 on the Top Alternative Albums chart in the USA. Alvvays continued touring in the following years and “Antisocialites” was voted “Alternative Album of the Year” in 2018’s Juno Awards.

Alvvay’s sound is something between indie and dream pop with elements of shoegaze and jangle pop music. 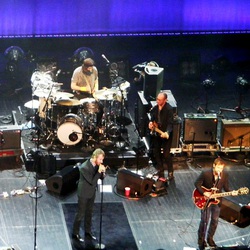