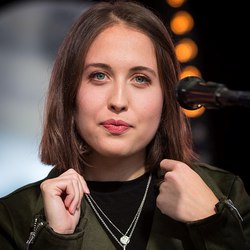 The pop singer Alice Merton was born in 1993 in Frankfurt, Germany, but she also has British and Canadian citizenship. Her family used to change places because of her father’s profession and she spent many years in the town of Oakville outside Ontario in Canada, where she learned signing and to play the piano.

When Merton’s family returned to Germany they went to live in Munich, where she improved her German and began writing songs. She studied in Mannheim, while she also lived in London and Bournemouth in England. Her first steps in the music industry began in 2015 when she took part in the album “The Book of Nature” by the German band Fahrenhaidt, as a singer and songwriter. She made her first contract in Berlin and later released the song “No Roots” which topped the US Alternative Songs chart and became gold. It was the song that made her known, it was played in many radio stations and it was even used in a TV-series episode.

“No Roots” was also the name of her first EP which came out in February of 2017, while the synonymous song entered at the top five of the charts in a lot of countries, especially in Europe. She continued with live appearances including Germany and her first studio album named “Mint”, came out at the beginning of 2019, reaching no. 2 on the German album charts (it also peaked at no. 3 on the Top Heatseekers album charts in the USA).