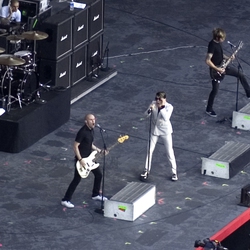 AFI were created in 1991, in Ukiah, California, by three schoolmates, Davey Havok who became the main vocalist, guitarist Mark Stopholese and bassist Vic Chalker. Adam Carson followed as a drummer, while Geoff Kresge took Chalker’s place in 1992. After their first EP, the group dissolved due to the members’ studies and returned in 1993 in a live event.

AFI’s first album “Answer That and Stay Fashionable” came out in 1995 and was followed by next year’s “Very Proud of Ya”. Both were characterized by a hardcore punk sound. Kresge left the group during their tour in 1997 and was replaced by Hunter Burgan. The next album “Shut Your Mouth and Open Your Eyes” came out in November of that year. The last change to AFI’s formation happened in 1998 when Jade Puget took Stopholese’s place and one year later “Black Sails in the Sunset” came out, with a more horror punk sound. The group had begun gaining more fans and their fifth album “The Art of Drowning” which came out in 2000 managed to enter the US charts for the first time.

The next two albums were AFI’s most successful. Firstly, 2003’s “Sing the Sorrow” peaked at no. 5 on the US album charts, with the songs “The Leaving Song Pt. II” and “Girl's Not Grey” to separate. The album’s sound was something between punk rock and emo genre and became two times platinum as well as 2006’s “Decemberunderground”, which topped the charts. It contained the hit “Miss Murder” and was followed by the live album “I Heard a Voice – Live from Long Beach Arena”. AFI appeared live in the “Live Earth” event and their next album “Crash Love” came out in 2009, including the song “Medicate”.

AFI’s next two albums, 2013’s “Burials” and their homonymous album that came out in the beginning of 2017, both entered at the top ten of the album charts in the USA. Their most recent release is the EP “The Missing Man” that came out in late 2018. 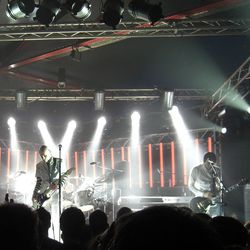 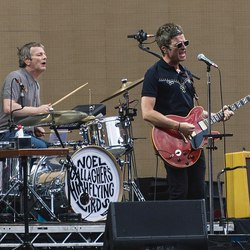