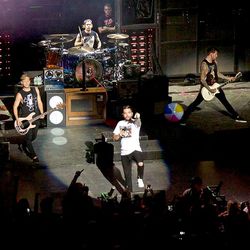 A Day to Remember were created in 2003, in Ocala, Florida by Tom Denney (lead guitar) and Bobby Scruggs (drums), who were joined by Jeremy McKinnon (vocals), Neil Westfall (rhythm guitar) and Joshua Woodard (bass). They began taking part in many live shows around the USA in order to establish their name and they released their first EP named “Halos for Heroes, Dirt for the Dead” in the Autumn of 2004. It was followed by their synonymous EP and their first studio album came out in May of 2005, under the name “And Their Name Was Treason”.

After making a bigger contract, the group’s second album “For Those Who Have Heart” came out at the beginning of 2007, with Alex Shelnutt as the new drummer. A Day to Remember visited the UK in 2008 for a series of live appearances and returned to the USA, following Silverstein to their tour. They played in various fests and visited Australia at the end of the year. 2009’s album “Homesick” peaked at no. 21 on the US album charts and became gold later. The band toured in the UK again and joined the famous Warped Tour later. In the summer of that year, Denney left the group and Kevin Skaff took his place. A Day to Remember started their first tour as headliners and later played next to Bring Me The Horizon as a supporting act.

The group’s next album was “What Separates Me from You” which came out in November of 2010, peaking at no. 11 on the album charts, with the song “All I Want” to separate. They joined Vans Warped Tour again in 2011, while they supported Rise Against on their tour at the beginning of 2012. The group left the label company and released the album “Common Courtesy” in October of 2013, which reached no. 37 on the Billboard 200 chart.

After a period of live performances, A Day to Remember recorded their sixth album “Bad Vibrations” which managed to reach the second position on the album charts. They are regarded as a metalcore and pop-punk band, with post-hardcore elements, while they have created the “Self Help Fest” in 2014. 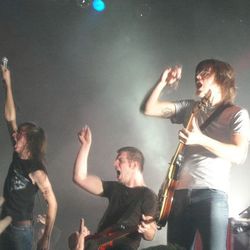